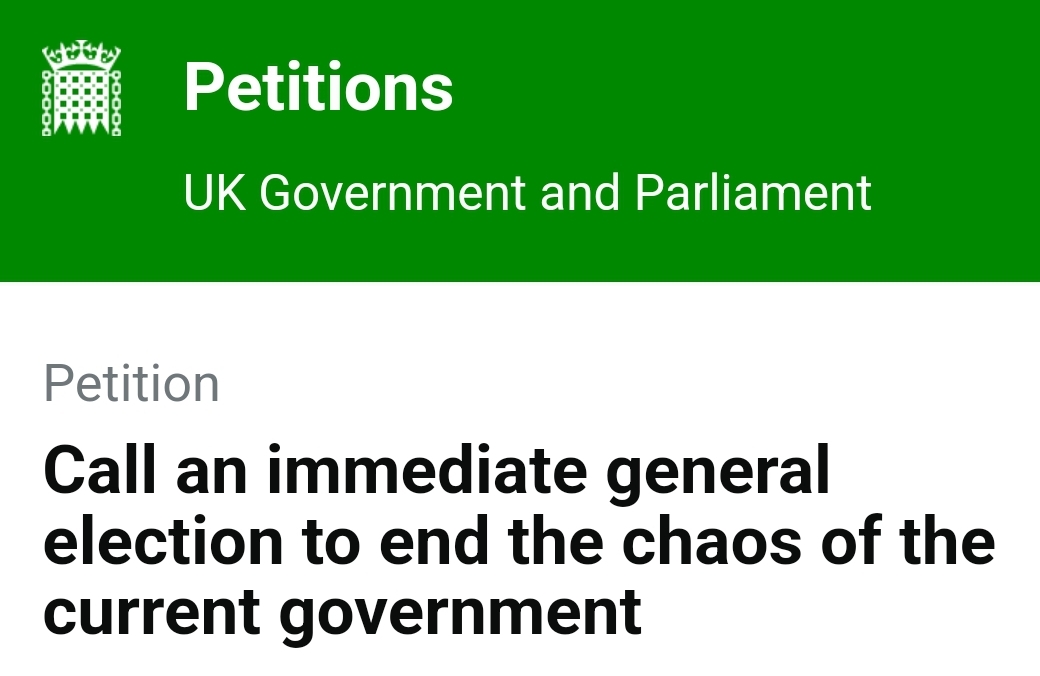 The petition calls for an immediate general election to end the chaos in government.

Liz Truss has gone missing as the financial recession glooms, with fears for mortgage owners and families.

The Bank of England’s Monetary Policy Committee (MPC) voted to increase the base rate by 0.5% to 2.25%,the highest level since the 2007-2008 global financial crisis.

On 28 September, the Bank of England’s Financial Policy Committee noted the risks to UK financial stability and will carry out temporary purchases of long-dated UK government bonds from 28 September.

A health watchdog has highlighted how residents’ health and wellbeing is being “severely affected” by the lack of access to NHS dentistry across England, as many Dentists have stopped offering NHS treatment, with more added everyday.

At 100,000 signatures, this petition will be considered for debate in Parliament.

Call an immediate general election so that the people can decide who should lead us through the unprecedented crises threatening the UK.