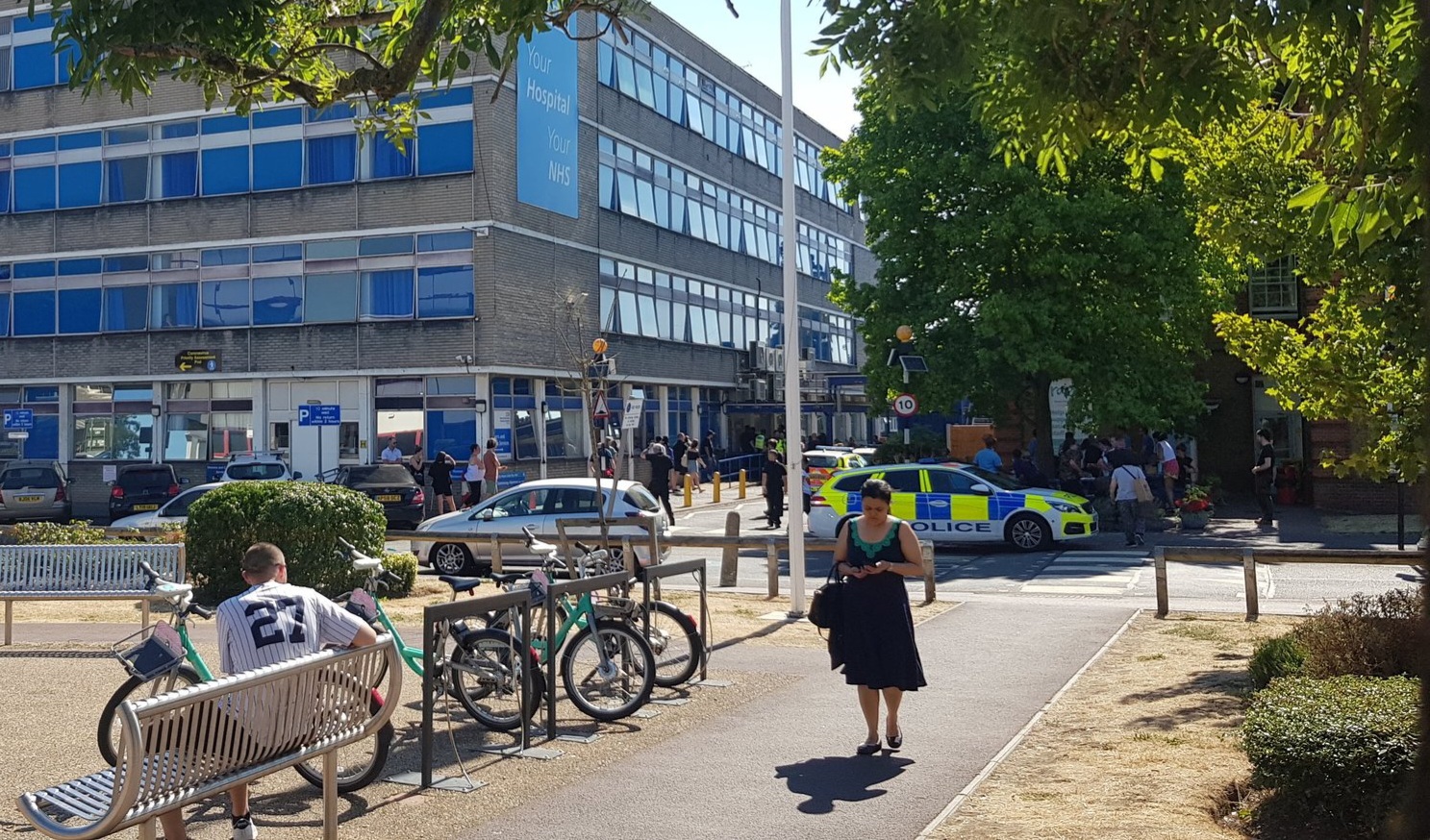 A Women and children’s services building was locked down for almost an hour yesterday afternoon.

The police were called and a search of the building was conducted as they tried to find a woman who had been suspected of impersonating a doctor.

During this time no patients or staff could enter or leave the building. The impersonator wasn’t found.

It was first noticed a couple of days ago, so an email alert was sent out.

Then, yesterday, someone thought that they had spotted the fake doctor in the maternity building, so it was locked down and about 8 police cars turned up.

At just after 15:15 the building was unlocked and normal service resumed.