A woman has been left with life-changing injuries after being crushed between two cars during an apparent road-rage incident. 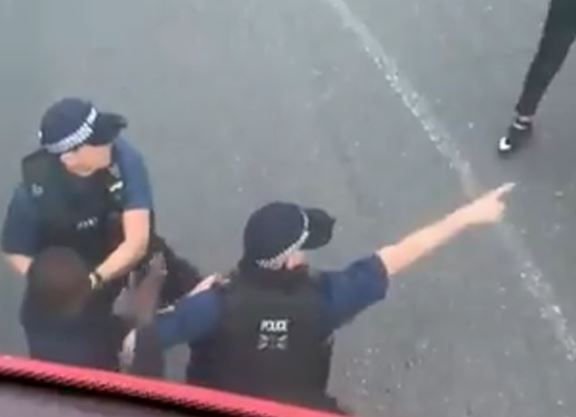 Footage posted to social media showed the woman’s legs trapped between the vehicles at a notoriously busy junction in Grosvenor Place, near Hyde Park Corner.

Officers are investigating an allegation that a Land Rover was deliberately driven at the woman, trapping her against a Mercedes car.

A woman, in her mid-40s, was taken to a central London hospital for treatment; her condition has been assessed as non life-threatening but may be life-changing. A Taser was discharged by officers during the arrest of a 23-year-old man, the suspected driver of the Land Rover, was arrested at the scene on suspicion suspicion of GBH and driving whilst disqualified.

Anyone with dash-cam footage or further information has been urged to call police on 101 or contact @MetCC on Twitter, quoting the reference CAD 6953/11Aug.