The Met is taking part in the gun surrender in partnership with City of London Police and weapons can be handed in at one of 34 police stations in London.

During the next two weeks, Londoners will be able to hand in a firearm or ammunition to police and will not face prosecution for the illegal possession, at the point of surrender, and can remain anonymous.

The Metropolitan Police Service is highlighting the devastating impact one firearm can have in a new social media video, launched at the start of a national gun surrender on Monday, 13 November.

People can hand in any firearm, including handguns, shotguns, rifles, BB guns, imitations, as well as any antique, ex-military weapons or ammunition.

Where to hand in Guns 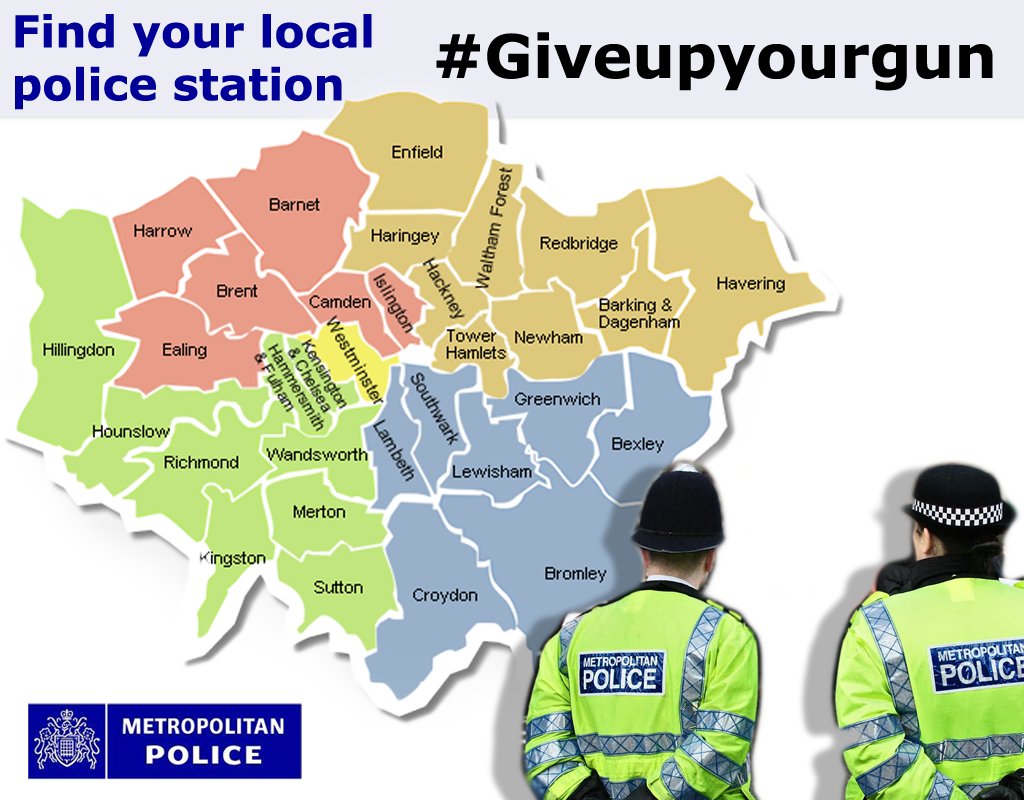 Commander Jim Stokley, of the Met’s Trident and Area Crime Command, said: “We urge members of the public who may have any unwanted guns to hand them in to police to prevent them from falling into criminal hands.

“The guns we see being used in shooting incidents in London are often converted, formerly legally-owned, firearms.

“Others are acquired and distributed by criminal networks to threaten or harm their local communities.

“We know that friends, family members and girlfriends of gang members are often asked to look after firearms to hide them from police, but saying ‘it’s not my gun’ is not a defence. Illegal possession of a firearm can mean five years behind bars, and if you are found guilty of possession with intent to supply, that can lead to an even longer prison sentence.

“Each firearm we retrieve helps to reduce the threat of gun crime in London.”

“I would encourage anyone who knows about, or owns, an illegal firearm, to surrender it at one of the designated police stations across the UK.

“This can help keep dangerous weapons out of the wrong hands.”