Alien: Covenant to begin reshoots at Leavesden Studios. According to Instagram posts by makeup artist Tina Earnshaw (who also worked with Sir Ridley Scott on Prometheus and The Martian), Alien: Covenant is due to begin (or has already begun) reshoots at Leavesden Studios, the Warner Brothers owned location that also houses many of the Harry Potter sets:

“Ridley Scott reshoot for Alien covenant my makeup station all ready for the chaos!!!!

In the trailer below, this movie is so tense thriler acton to preceed all the first movies. 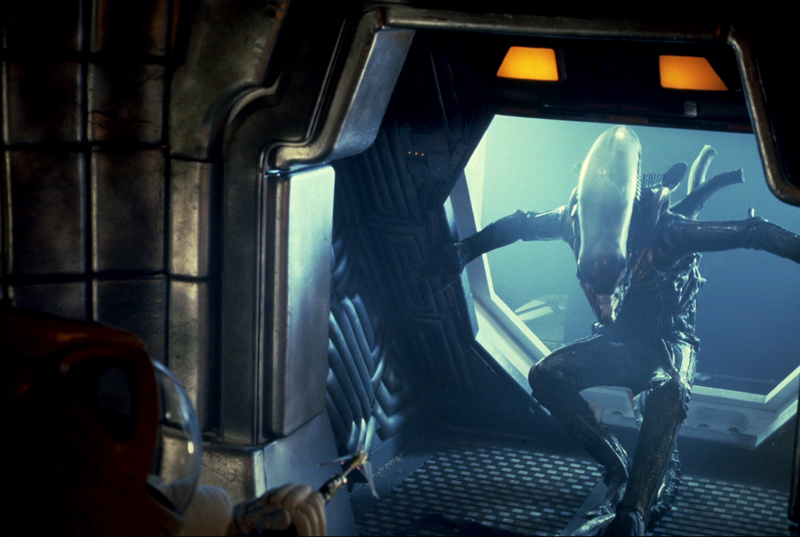 This is common practice and likely nothing to worry about. These reshoots are likely to clear up any issues that have cropped up during editing and testing. Thanks to Alien vs. Predator Galaxy community member The Eighth Passenger for the news.

Keep tuned to Alien vs. Predator Galaxy for the latest on Alien: Covenant! You can follow us on Facebook, Twitter and Instagram to get the latest on your social media walls. You can also join in with fellow Alien fans on our forums!

Ridley Scott returns to the universe he created, with ALIEN: COVENANT, a new chapter in his groundbreaking ALIEN franchise. The crew of the colony ship Covenant, bound for a remote planet on the far side of the galaxy, discovers what they think is an uncharted paradise, but is actually a dark, dangerous world. When they uncover a threat beyond their imagination, they must attempt a harrowing escape.

'Fantastic Beasts And Where To Find Them' SEQUEL
Is Coming SOONER Than You Think! + Comic Con video

The Legend of Tarzan almost entirely filmed around Watford