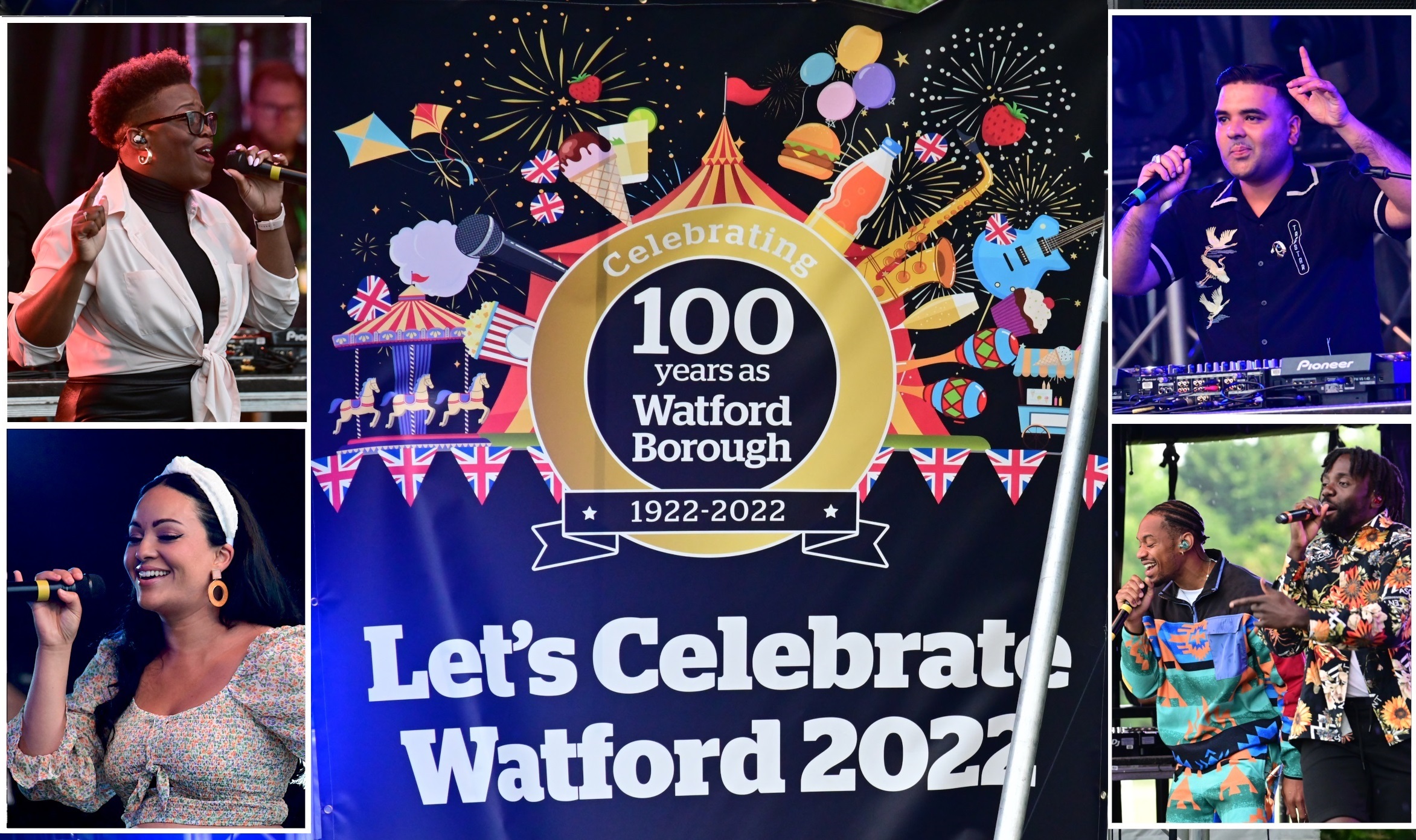 People from Watford visited the early events at the bandstand, and some stayed and others arrived for the main stage event which featured great entertainment from famous acts from Watford. The X-factor winners Rak-Su music and Internationally known Naughty Boy.

He played his New Single that is coming out soon. Naughty Boy said “Sorry I can’t play you it all, I can only give you a snippet. And you guys are the only people in the world that have heard my next single”

Naughty Boy, 41, is a hit DJ and record producer born on 1 January 1981 in Watford, Hertfordshire.

The park was layout was organised better than we have ever seen before, a good improvement on pre-pandemic events.

Mayor Peter Taylor was spotted in the audience at the event along with other councillors Dawn Allen-Williamson.