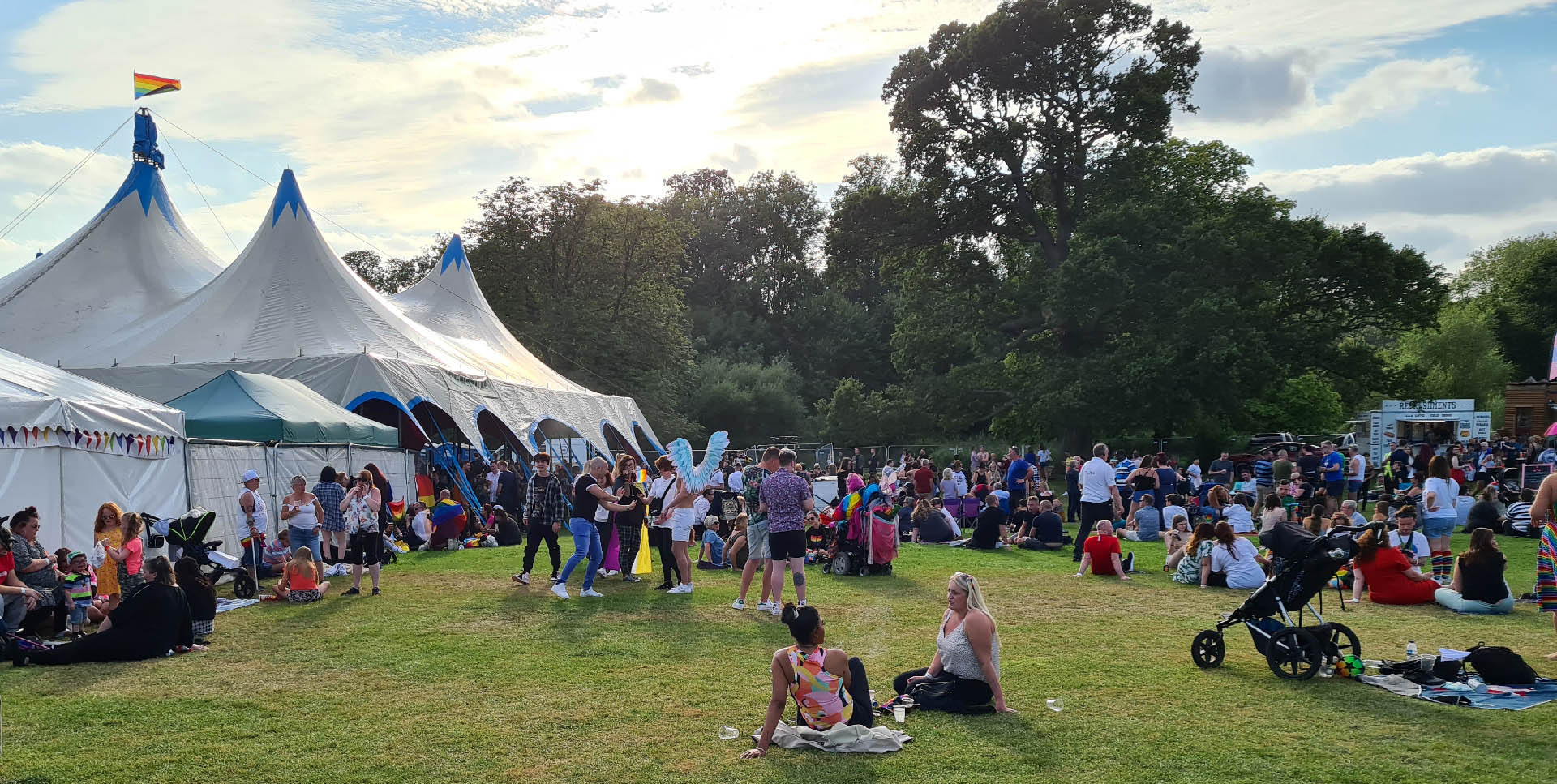 The acts to look out for this year are:

Chair of Hertfordshire Pride Society Tyson Martin stated his excitement for the tenth edition of Herts Pride and emphasised that pride is a “protest” as well as a celebration.

He said: “2022 is a special year, and as Watfordian, I am delighted that Herts Pride celebrates its tenth event at Cassiobury Park in the year Watford celebrates its centenary as a Borough Council. It also marks the 50th anniversary of the first official UK Pride march which was held in London on 1 July 1972.

“Pride is a celebration, but first and foremost it is a protest, an opportunity to highlight the injustice and discrimination the LGBTQ+ community continues to face here in the UK, and elsewhere around the world. In 71 countries, being LGBTQ+ makes you a criminal. In 11 of them, the punishment is death.

“We would like to thank our sponsors for supporting Herts Pride 2022 and I look forward to seeing as many people as possible joining us in celebrating our tenth event. I am also honoured as is Clive to have been nominated as 1 of the 100 people who have made Watford as part of the Centenary celebrations of Watford.”

Elected Mayor of Watford Peter Taylor stated that Watford’s diversity makes the event so fitting, and he also stated how excited he is to celebrate the 10th anniversary in Cassiobury Park.

The Mayor said: “One of the fantastic things about Watford is the diversity of our town. We are so excited for Herts Pride to be celebrating its 10th anniversary in Cassiobury Park, during what is also the borough’s 100th anniversary, so we can celebrate with our friends in the LGBTQ+ community.

“I would also like to thank Clive and Tyson for their tireless work over the years towards inclusivity and equality, not just in Watford but all over the UK. Their initiatives ‘Ask for Clive’ and ‘Herts Pride’ increase awareness of LGBTQ+ issues and encouraging the community to come together to solve them.

“There have been many advances over the years which we should celebrate but there is also more progress necessary, beginning with a full ban on conversion therapy.”

Clive Duffey, Secretary of Hertfordshire Pride Society, and co-founder and Trustee of Ask for Clive also stated that “in establishing an annual event we have a day where everyone from the County and beyond is welcome to come and celebrate Hertfordshire’s fabulous and diverse LGBTQ+ community.

“There will be amazing acts performing on stage such as the amazing Miss Jason, a pillar of the LGBTQ+ community, who has entertained crowds nationwide for decades and our headline acts Angie Brown, Tina Cousins and Seann Miley Moore to name a few”.