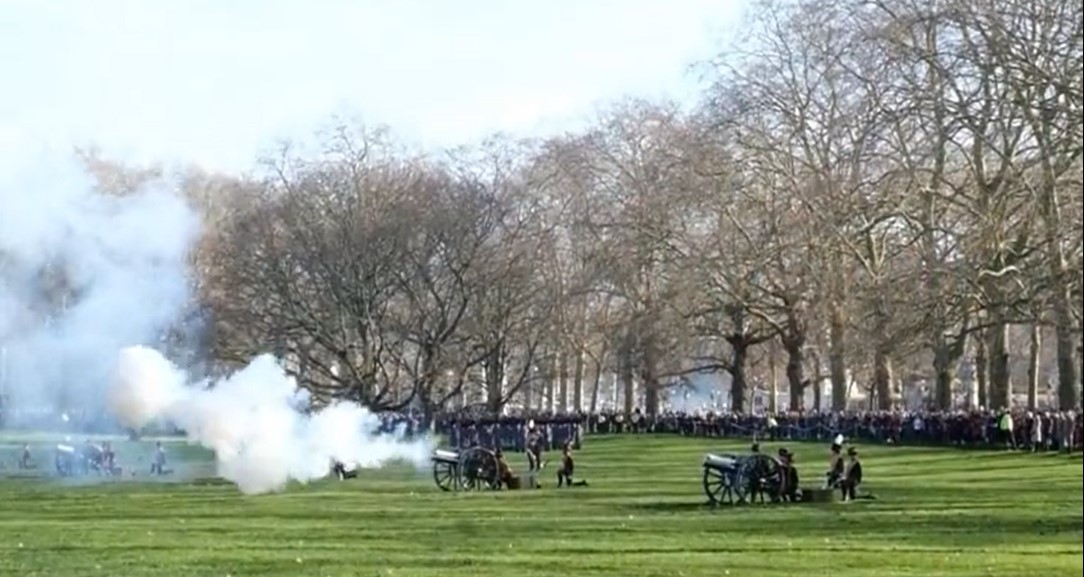 Gun salutes rung out in London and Edinburgh to mark the official start of Queen Elizabeth II’s Platinum Jubilee year.

The Troop were formed by King George VI, and following Her Majesty’s Accession to the throne in 1952 the name ‘King’s Troop’ was kept in his honour.

The King’s Troop Royal House Artillery fired in Green Park on Monday as Her Majesty celebrates 70 years on throne.

Four 25-pounder guns located on Tower Wharf facing the River Thames, were then fired at 1pm by The Honourable Artillery company.