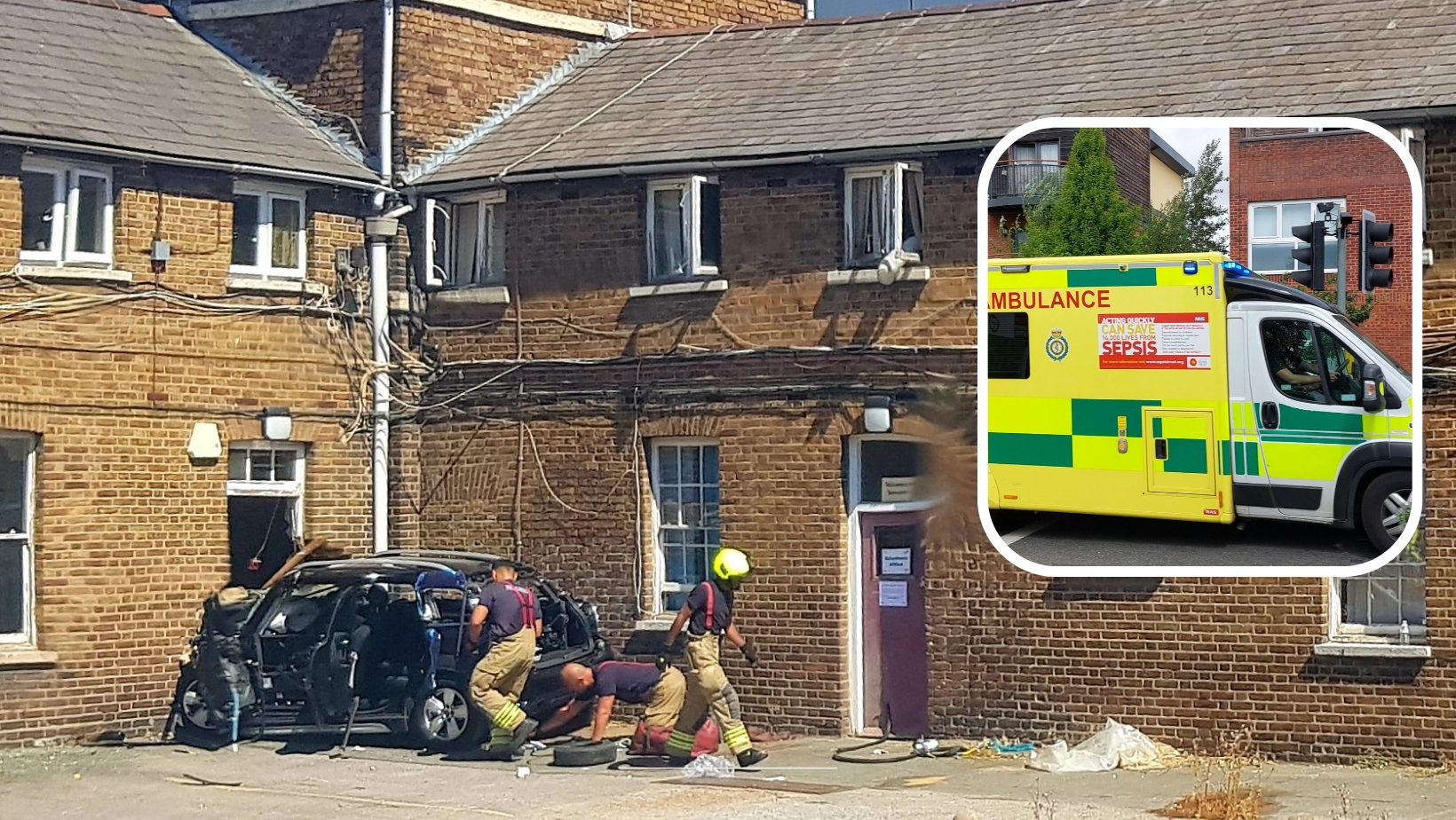 A black hatchback struck one of the buildings at the Vicarage Road site at around 9.45am

The area has been cordoned with security at the entrance to the rear car parking area.

Images that have been sent us us the shows the rescue services and the impact of damage to the wall and punching a huge hole through the doorway.

In the photo it can be seen the rear hatch door was removed to aid the rescure of the driver.

The female driver remains in A&E but the pedestrian has since been discharged, West Hertfordshire Teaching Hospitals NHS Trust says.

It is believed the driver suffered some type of coronary issue, and is in critical condition but recovering.

Sally Tucker, chief operating officer at the trust, told the Watford Observer: “We can confirm that an incident has occurred at Watford General Hospital on Thursday, August 11 involving a car accidentally colliding with a non-clinical administrative building.

“The driver and a member of staff are being treated in our emergency department. No patients or visitors were involved in this accident and there has been no disruption to patient services.

“We would like to thank Hertfordshire Fire and Rescue Service and East of England Ambulance Service for their prompt arrival at the scene and our staff who provided immediate assistance.”

A spokesperson for Hertfordshire Fire & Rescue Service said: “We were called at 9.48am this morning to reports that a car had collided with a building at Watford General Hospital.

“Two fire engines from Watford Fire Station and the Rescue Support Unit from St Albans were sent to the scene, where crews found a car which had hit a hospital admin building, trapping the driver.

“Firefighters stabilised the vehicle and used specialised equipment to extricate one person from the car who was left in the care of hospital staff.

“Crews then worked to make the scene safe, and one fire engine remains at the scene to liaise with a structural engineer to assess damage to the building. Hertfordshire Police are investigating the cause of the collision.”