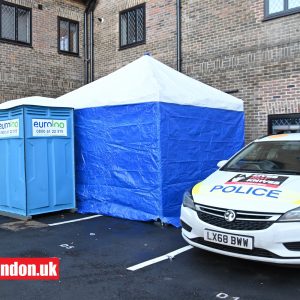 An ongoing investigation into a murder in Bushey has seen two woman arrested.

A 21 year old woman was arrested on suspicion of murder this morning, Wednesday 2 February. She is currently in police custody.

Meanwhile a 20 year old woman who was arrested yesterday, Tuesday 1st, on suspicion of murder also remains in police custody after police were granted more time to question her.

Officers from the Bedfordshire, Cambridgeshire and Hertfordshire (BCH) Major Crime Unit launched an investigation after Vishal Gohel, aged 44, was discovered unresponsive inside a flat in High Street at around 10.45pm on Sunday 23 January. He was sadly pronounced dead at the scene.

Detective Inspector Justine Jenkins, from the BCH Major Crime Unit said: “While we have arrested two individuals on suspicion of murder, our enquiries are continuing, and I would like to repeat my plea for anyone with any information to contact us. We are working hard to establish the sequence of events surrounding Vishal’s death.

“Did you see or hear anything suspicious in the area between the evenings of Saturday 22 January and Sunday 23 January? Any detail, no matter how small it may seem, would be valued.”

She added: “Specialist officers are continuing to support Vishal’s family and I ask for their privacy to be respected.”