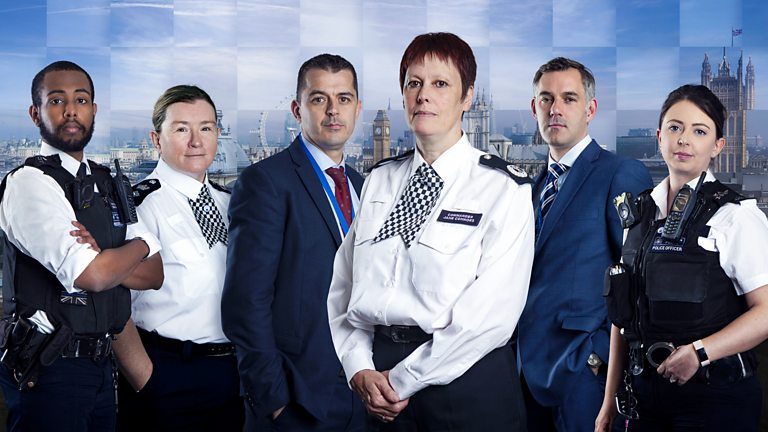 Episode 1: Detectives investigate a case of rape by a stranger. The Territorial Support Group deal with knife crime in London. CID search for a suspect after a man is robbed at gunpoint.

Detectives from the Met's Sapphire team deal with the case of a distressed young woman who is raped by a stranger on her way home. When the young woman realises she is on the wrong bus, a man offers to help her, but when she gets off the bus he threatens to kill her with a knife and then rapes her. The detectives need to find the rapist as soon as possible and uncover some vital CCTV evidence near the crime scene. When the Sapphire team view the footage the detectives are shocked by what they uncover and bring a man in for questioning. When the suspect denies rape the team have just 24 hours to get enough evidence to prove he is lying.

The capital's four major hospital trauma centres have treated more than four hundred stabbing victims in the first seven months of 2018. The Met are under huge pressure to tackle knife crime and task the Territorial Support Group (TSG) to increase the controversial tactic of stop and search. The TSG target and patrol those Boroughs with the biggest spike in violence, but when they try to carry out searches they face strong and vocal reactions from some members of the community.

In south London a man wearing a £130K Franck Muller watch is robbed at gunpoint in broad daylight. The victim of the armed robbery is the ex-chairman of Crystal Palace Football club and radio sports pundit, Simon Jordan. DI Dan O'Sullivan from Croydon CID is tasked with finding the armed robber. It doesn’t take Dan's team long to identify the suspect - a known career criminal who’s already wanted for other offences. But trying to find him is another matter. Dan and his team get embroiled in a week long and costly game of cat and mouse as he evades capture. Finally, they locate an address where he might be living and as detectives and armed officers move in to get him, he goes on the move again. Frustrated the detectives decide to lie in wait in the hope they get another chance to strike.

Episode 2: 2018 saw the highest murder rate in London in over a decade. This episode follows the investigations into two of these killings.

The first is the murder of 22-year-old Kobi Nelson from Tottenham, who was violently stabbed 14 times near his home and died at the scene. Kobi was well known in the community through his work as a youth worker, and detectives believe he was murdered in a random attack. Forensic evidence from a car at the crime scene identifies a 20-year-old known gang member from Wood Green as a suspect.

Less than five weeks after Kobi’s murder, 19-year-old Kelvin Odunuyi was shot dead at a cinema in Wood Green. Kelvin was privately educated in a school in Leeds and was a good student. His mother noticed a change in his behaviour when the family moved to Wood Green, and she believes he was groomed by gangs in the area.

The case is handed to DCI Luke Marks and his team. One theory is that Kelvin’s murder is part of a feud between two gangs in the borough, a direct retaliation for the murder of Kobi Nelson. The Met are under pressure to halt the escalating murder rate, and with tensions high in the borough, the detectives are alive to the fact that further retaliation killings are a real possibility, and just weeks later violence in Tottenham hits the national news as 17-year-old Tanesha Melbourne-Blake is gunned down on the street.

As Kobi’s mother makes preparations to bury her son, tensions in the borough remain high. The police are concerned that the funeral will be used by gang members to settle scores. Extra plain-clothed and uniformed officers are deployed on the streets to try to ensure there are no more killings.