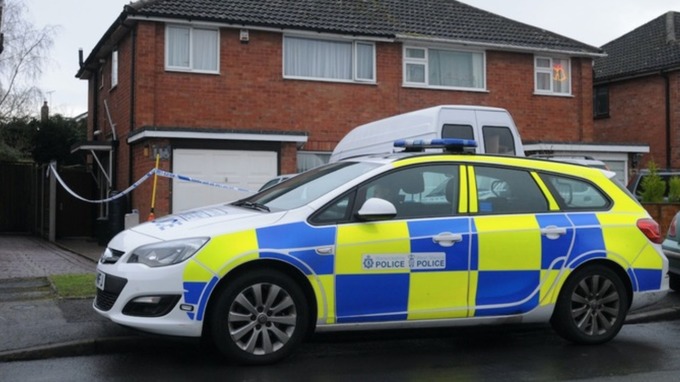 Detectives are investigating four unrelated murders in London; three on New Year's Eve and a fourth in the early hours of New Year's Day.

2nd Jan update : Six people have been arrested after a series of fatal New Year's stabbings across London.

Sadiq Khan has condemned the “horrific” spate of stabbings and warned criminals face the “full force of the law” after four people were knifed to death in one night.

The deaths of four young males happened in north, east and south London, and none are being treated as linked.

In South Yorkshire five men were stabbed in a bar brawl the early hours on the New Year.

At around 11:30hrs on 31 December, an 18-year-old man was stabbed in Larmans Road, Enfield . He died at hospital that evening.

At around 19:35hrs on 31 December, a 20-year-old man was suffering from a number of stab injuries in Memorial Avenue, West Ham, E15.

Officers and London Ambulance Service paramedics at the scene made effort to resuscitate the victim but, despite these efforts, the victim was pronounced dead at the scene at 20:22hrs.

Stabbing: emergency services at the scene of one of the killings in Tulse Hill

At around 22:40hrs on 31 December, a 17-year-old male was suffering from a single stab wound in Norwood Road near the junction with Station Rise SE27, Tulse Hill. He was pronounced dead at the scene at 2338hrs.

DCI Reynolds said: "This attack has robbed a young man of his future and robbed a family of their loved one.

"The victim was with a number of people at the time of the attack, and I urgently need to trace this group of young men.

"Memorial Avenue is a busy residential area close to West Ham station. I know that there were people in the area who witnessed the incident, and I also need them to come forward."

Police at the scene of a stabbing at Bartholomew Court, Old Street - PA

At around 02:35hrs on 1 January, a 20-year-old man was fatally stabbed in Bartholomew Court, Old Street EC1. A second male, aged in his 20s, was taken to hospital suffering critical stab injuries.

The first man was pronounced dead at the scene at 03:26 hours.

His next of kin have been informed.

At around 2045hrs on Monday, 1 January a 19-year-old man was arrested in the Hackney area on suspicion of murder.

He has been taken to a north London police station where he currently remains.

Four separate murder investigations have been launched by detectives from the Homicide and Major Crime Command.

"There were thousands of officers on duty across London yesterday and throughout the night, all determined to play their part in keeping the public safe.

"I am grateful to Londoners and visitors to the capital who co-operated with police - both at major celebrations in Westminster and at thousands of organised and private events across London - to enable the vast majority of people to enjoy New Year's Eve.

"However, there were small groups who chose to engage in disorder and violence, and whose actions have had utterly tragic consequences.

"It is heart-breaking that, at a time when so many of us are contemplating what lies ahead in 2018, four families are dealing with the grief of losing a loved one to senseless violence and the callous use of knives as lethal weapons.

"I can assure Londoners - and the families and friends of the four males killed and the fifth who remains in hospital - that detectives will work tirelessly to bring to justice those responsible for such despicable acts of violence.

"As we begin these investigations and the provision of support to four grieving families, days like this serve to re-enforce the determination of the Metropolitan Police to tackle knife crime and violence on our streets; especially offences committed by and against young people.

"I would urge anyone with information about these attacks, and more generally about anyone who routinely carries a knife, to urgently pass that information to police or Crimestoppers.

"If you've hesitated to do so before, then these four tragic deaths at the start of a new year may persuade you to act now to make London safer for your family and friends in 2018."

Deputy Commissioner of the Metropolitan Police, Sir Craig Mackey, spoke today about the Met's commitment to tackling knife crime in the capital following the murders of four young people over the New Year period.

Deputy Commissioner of the Met Police, Sir Craig Mackey, said the number of violent deaths over a 24-hour period was highly unusual and that detectives were working around the clock to bring those responsible to justice.

"We have made arrests in two of these cases, with active lines of enquiry in each of the investigations being pursued. We would urge anybody who has any information about these murders that might assist detectives to contact police.

"Tackling serious violence and knife crime in London remains a number one priority for the Met, but Londoners need to pull together to tackle this issue.

"From community weapon sweeps, proactive operations that happen daily and engagement with schools, Met officers are working 24 hours a day, 365 days a year as part of our firm commitment to reducing knife crime amongst young people. The success of Operation Winter Nights saw more than 350 weapons seized in November and December.

"We need to find out why some young people think it is acceptable to carry knives, and this is where community organisations and local initiatives, charities, schools and educators, youth workers and families all have an important role to play in changing this mindset.

"We can all do more to protect young people, and I would urge anybody who has information about those engaged in violent crime to speak to police. Your call could help save a life."