A drunk driver has been jailed for 13 years after killing three boys as they walked to a 16th birthday party in London.

Jaynesh Chudasama, 28 from Hayes appeared at the Old Bailey in custody on Monday, 26 February accused of three counts of causing death by dangerous driving.

Jaynesh Chudasama, who was drunk, was driving his Audi A5 at 71mph, when he lost control overtaking another vehicle and collided with the group of boys walking on the pavment, sending the victims flying into the air in the crash.

Chudasama, 28, a car hire worker, who also had traces of cannabis in his system. 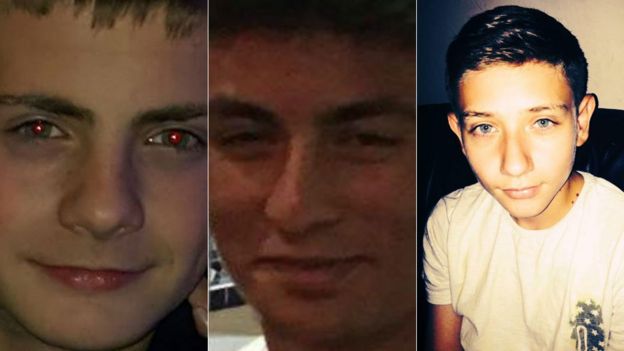 The boys, 17-year-old Harry Louis Rice, 16-year-old George Toby Wilkinson and 16-year-old Josh McGuiness, were walking along the pavement at Shepiston Lane at approximately 20:41hrs on their way to a birthday party.

The boys were seriously injured, but despite the efforts of officers and London Ambulance Crew, all three boys sadly died at the scene.

They were on their way to a 16th birthday party.

The driver attempted to getaway on foot after the collision but was detained by members of the public.

Chudasama is due to be sentenced on 9 March. The maximum jail term for causing death by dangerous driving is 14 years.

Mr Rice, Ms Baker and Ms Blackwell all said they wanted to see the defendant be handed three life sentences.

Detective Sergeant Jane Shaw of the Serious Collision Investigation Unit said: "Three key decisions were made that night, the first by Chudasama, the driver, who decided to drive having consumed alcohol and then running from the scene, followed by the decisions of two young men who decided to stay at the devastating scene and detain him. These actions speak volumes as to the characters of the three.

"The parents of the boys whose lives were so tragically ended have, while dealing with overwhelming grief, made efforts to highlight the human cost of dangerous driving in the hope that other families can be spared the pain that they now face.

"In a matter of moments, three young lives were over. The loss is immeasurable"