Theresa May turns to local children for her Christmas cards

She was joined by the three school girls whose designs were chosen for her official Christmas cards.

Children from the Eliot Bank primary school in south London performed carols as charity workers gathered in the street to watch the spectacle.

An anormous tree decked out with large silver baubles and tinsel takes pride of place just outside the door of Number Ten.

This year the Number 10 Christmas tree came from @dartmoor_trees. Tonight the Prime Minister switched the Christmas tree lights on. pic.twitter.com/yzKMVZ7lBC 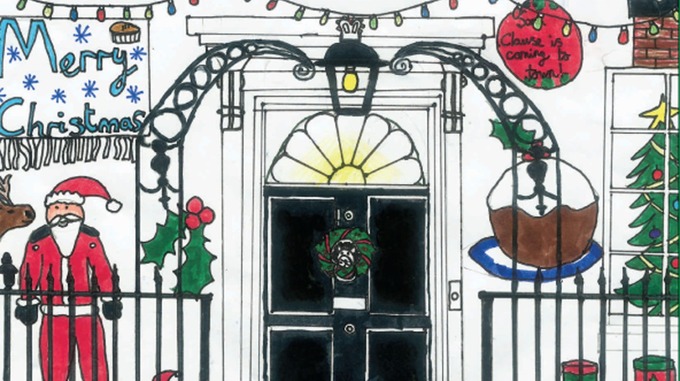 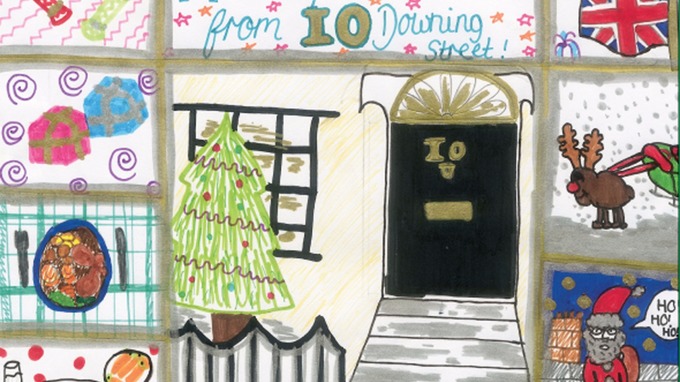 The cards could be seen as a safe choice in times of political turmoil. Credit: PA


Downing Street said that Mrs May was following her annual tradition of picking cards designed by children in her Maidenhead constituency.

The young artists joined Mrs May on the steps of No 10 as she turned on the Downing Street Christmas tree lights.

Mrs May's choice is a marked contrast with her predecessor David Cameron, who often chose photographs of himself and his family for his festive greetings.