Didn't he do well. Sir Bruce Forsyth to be given a special #Strictly tribute?
News 18 August 2017

The former Strictly Come Dancing presenter was unwell in hospital for some time earlier this year after a severe chest infection.

Pro Dancers pay their respects to a man who defined Strictly by his humour, hard work and professionalism.

His long career in showbusiness began when he was aged just 14, and bacame Britain's best-paid TV star.

He was famous for hosting family game shows like The Generation Game, Play Your Cards Right and The Price is Right.

A statement from his manager, Ian Wilson, said: "It is with great sadness that the Forsyth family announce that Sir Bruce passed away this afternoon, peacefully at his home surrounded by his wife Wilnelia and all his children.

"A couple of weeks ago, a friend visited him and asked him what he had been doing these last 18 months.

When he was King of the London Palladium. #bruceforsyth pic.twitter.com/WDcr0TCfvT

Sir Bruce's family expressed their thanks to "the many people who have sent cards and letters to Bruce wishing him well over his long illness and know that they will share in part, the great, great loss they feel".

They said there would be no further comment at the moment and asked for their privacy to be respected "at this most difficult time".

Saddened to hear that Sir Bruce Forsyth has passed away. One of television's great entertainers. Didn't he do well. #RIPBrucie

Sad news about Sir Bruce Forsyth what legend of entertainment. He was a friend. The whole country will miss him RIP

We've lost one of the absolute greats in entertainment.... RIP Bruce Forsyth. Sending your family love and light. Xxxx 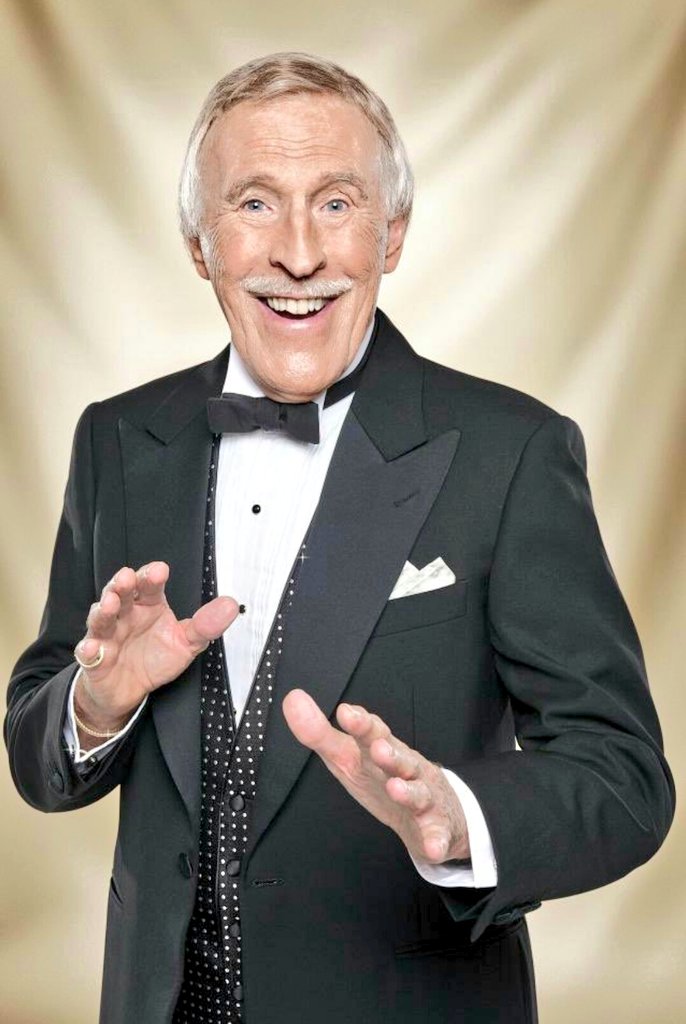 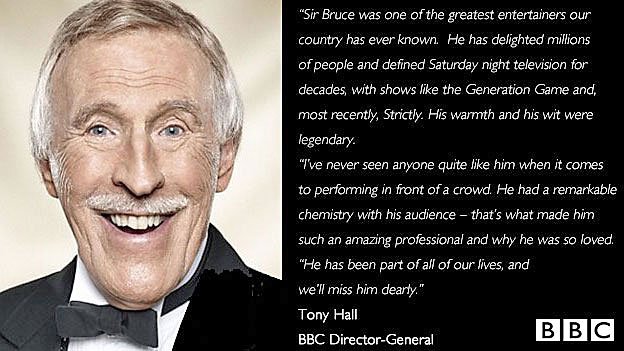